Blog
You are here: Home1 / Blog2 / Festival News3 / Next month in Jerusalem 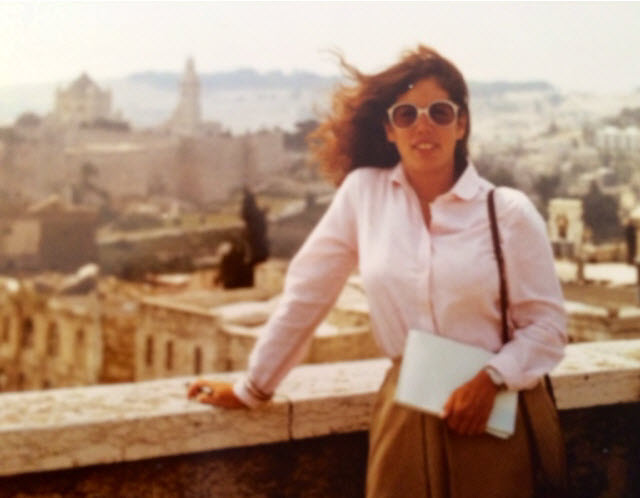 For one week in the middle of May, I will be in Jerusalem and Tel Aviv to meet face-to-face with people with whom I have only thus far had electronic pen pal relationships: our Israeli distributors, the folks that each year supply us with the majority of films at the Festival. I’m not knocking email—or Skype, but it easier, and in most cases, more enjoyable, to do business with people you “know.”

I’m hoping these meetings, held at a time when Israeli features and documentaries are in ever-increasing demand at North American festivals such as Sundance, Tribeca, Toronto, Telluride and the Chicago International Film Festival (celebrating its 50th anniversary this October), will persuade some of the distributors to choose us over them, not just because we try harder, but because Israeli films, shown at the Chicago Festival of Israeli Cinema, in a major U.S. metropolitan area, in field of 15-20 to a cumulative audience of 1,000+, garners more attention and exposure than if those same films were sandwiched among hundreds of films and seen by maybe 200 people max.

I’m not being naïve here. Chicago is a film town, and has been from the earliest days of the medium. In addition, the CFIC last year established awards for audience-voted Best Feature and Best Documentary, which will only grow in prestige. These awards are named the Bevies, after Festival founder Beverly Braverman z”l.

Each year, it was Beverly’s great pleasure to do what I am doing this year—schmoozing with distributors and getting us the best films at prices we can afford. They knew and loved her, as I did, so we already see eye to eye.

Those eyes will be a little teary, too, as my trip coincides with the first anniversary of Bev’s passing, on May 14, 2013. She will be with me every step of the way.

Above: the author on the terrace outside Teddy Kollek’s office after an interview with the longtime Jerusalem mayor, 1982

FOR ONE CFIC FAN, THE DREAM OF AN ALL-ACCESS PASS CAME TRUE!
Scroll to top