Turn Left at the End of the World

Described as hilarious and devastating, bleak and beautiful, Turn Left captures the clash of cultures in a socially turbulent Israel during 1969. When a few English-speaking Indian families immigrate to a small town in the Negev inhabited by mostly French- and Arabic-speaking Moroccan immigrants, mutual perceptions of superiority bloom into a cultural war. But there are glimmers of hope as two teenage girls forge a friendship, and the two groups bond over cricket. Some scenes may offend sensitive viewers.

No shortage of thought-provoking dialogue 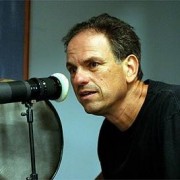 The Women Pioneers
Scroll to top