Wednesday | November 1 | 6:15 pm
At the ArcLight Cinemas in The Glen, Glenview. Part of our 6th Annual Evening of Films By & About Women.
Guest Speaker: Marianne Novak

Dramedy. 96 min.
In Hebrew with English subtitles.
Synopsis:
During the bar mitzvah of stalwart couple Etty and Tzion’s grandson, the women’s balcony of their modern Orthodox synagogue collapses and the synagogue is destroyed. The community is lost without the synagogue, their meeting place and the source of common joy and pride. The men, in trying to find rebuilding solutions, meet a young, charismatic, zealous rabbi.  He promises that all their problems will be solved if they repent their sins and follow him. He particularly reprimands the women, urging them to cover their hair to lead a more rigidly religious lifestyle. When it becomes clear that this new rabbi wants to rebuild the synagogue without a women’s balcony, Etty and the other women revolt. Offering solid entertainment that borrows from Aristophanes’ Lysistrata, the film shows the relationships and tensions between different groups within Orthodox Judaism in Jerusalem, and provides a cautionary (and universally understandable) tale about religious fundamentalism.

It sounds paradoxical, but it’s often true that the more culturally precise a foreign language film is, the more universal its appeal becomes. 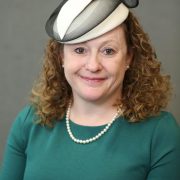 And Then She Arrived
Scroll to top