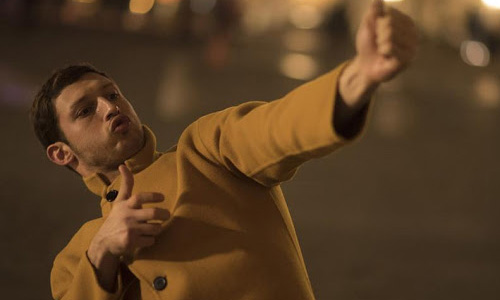 Synopsis:
A dramatic satire loosely based on Lapid’s own experiences, the film follows young Israeli and former soldier Yoav (played by newcomer Tom Mercier, in an incredible performance), who moves to Paris hoping to escape his national identity. After his first night, Yoav wakes up naked in an empty apartment with all of his belongings gone, and is soon taken in by a neighboring, young, wealthy couple. Armed with a pocket-sized French dictionary, Yoav refuses to speak his native Hebrew as he desperately tries to immerse himself in French society. Living on only a few francs a day, he bounces from job to job on a wildly erratic journey, attempting to assimilate into a seemingly impenetrable culture. The film begs the question: can an individual ever be fully extricated from the society into which they were born?