Q&A with chief negotiator for the Oslo Accords, Joel Singer, in person.

Documentary. 97 minutes.
In English, Hebrew and Arabic with English subtitles.

Synopsis: In 1992, with Israeli-Palestinian relations at a low and official communication suspended, an unlikely group of negotiators—two Israeli professors and three PLO members—met secretly in Norway. To these unsanctioned meetings, the bitter enemies brought fiercely held convictions: the Palestinians saw occupiers, the Israelis saw terrorists, and both saw a history of failed negotiations. But united in the serious desire for peace, they continued through disheartening setbacks, escalating violence, and fraught government politics, ultimately reaching an accord few thought possible. The Oslo Diaries offers a broadly resonant portrait of diplomacy, the delicate nature of peace, and individuals who, sitting in fundamental opposition, nonetheless found common ground and, in some cases, came to regard their counterparts as friends. 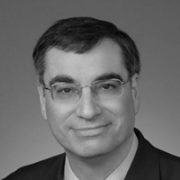 JOEL SINGER, a chief negotiator of the historic Oslo Accords, provides first-person, you-are-there perspective after the screening of The Oslo Diaries. He is a former Legal Adviser of the Israel Ministry of Foreign Affairs and Head of the International Law Department of the Israel Defense Forces, a position from which he retired as Colonel. Beginning shortly after the 1973 Yom Kippur War and for a span of almost 25 years, he participated in all of Israel’s negotiations with its Arab neighbors, including treaties with Egypt, Lebanon Syria, and Jordan. While working for the Government of Yitzhak Rabin and Shimon Peres, Singer negotiated with the PLO the 1993 Oslo Agreement and its implementing agreements, including the 1994 Gaza -Jericho Agreement and the 1995 Interim Agreement on Self- Government Arrangements (Oslo II).