Opening Night, Thursday | October 18 | 6:30 pm
Honoring Beatrice G. Crain and Dr. Michael S. Maling of the Crain-Maling Foundation.Meet Ran Tal, director of the film, James Snyder, Director of the Israel Museum 1997-2016, and Ido Bruno, current Director of the Israel Museum at the VIP Reception preceding the screening. The trio will participate in a Q&A immediately following the screening.Sunday | October 28 | 4:00 pmBoth screenings at the ArcLight Cinemas in The Glen, Glenview.

Documentary. 74 min.
In English and Hebrew with English subtitles.

Synopsis: Ran Tal’s documentary, The Museum, opens on a darkened screen with a voice-over describing a painting in the Israel Museum to a blind woman. The viewer understands instantly this is not a travelogue of Israel’s most important cultural institution, and one of the leading museums in the world, but instead, a film revealing the intricate fabric of Israeli society and human interaction with iconic art—from ancient to modern. For over 18 months, Tal filmed locals and visiting tourists. And he met with everyone on staff— from singing security guards to the museum’s American director. The result yields new ways to contemplate the Israel Museum’s legacy, and to think about museums—wherever we experience them—in whole new light 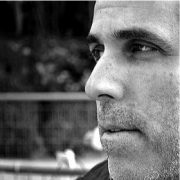 RAN TAL is an independent director whose film and television projects focus on Israeli reality through an historic social perspective. The recipient of numerous awards—DocAviv, Ophir, Jerusalem Film Festival, Documentary Forum, Tal teaches cinema at Sapir College and his alma mater (1994), Tel Aviv University. He is the co- founder and editor of Takriv (Close Up) online magazine for discussion and critique of documentary film.

Award-winning art historian, author and cultural luminary JAMES SNYDER served as the Anne and Jerome Fisher Director of the Israel Museum from 1997-2016. In 2017, he became Director Emeritus and International President for the Museum’s worldwide activities, spearheading the development of the Museum’s international network of Friends organizations, continuing to build the Museum’s relationships with sister institutions and collectors worldwide, and supporting the Museum’s leadership in strategic planning, professional staff development, and program planning.

After an extensive global search, IDO BRUNO became the Anne and Jerome Fisher Director of the Israel Museum in November, 2017. His impact on its creative vibe, culture, technology, financial sustainability and people have already been felt. Prior to his many current responsibilities, Bruno taught industrial design at Jerusalem’s prestigious Bezalel Academy for 25 years. He has curated dozens of exhibits, including the heralded Herod the Great exhibit at the Israel Museum in 2013

The Oslo Diaries
Scroll to top