Trailer for Shadow in Baghdad on TrailerAddict.

In 1969, at the age of 17, Linda Abdel Aziz left Iraq for Israel as the Ba’athist regime rounded up and murdered Jews on charges of spying for Israel and the United States. During that time, her father, a prominent lawyer, disappeared without a trace. Forty years later, Linda uncovers her father’s fate by forging an unlikely alliance with a young Iraqi journalist she must learn to trust. Director Duki Dror, himself the child of Iraqi Jewish refugees who emigrated to Israel, is committed to making the history of Jews in the Arab world known to a wider audience. 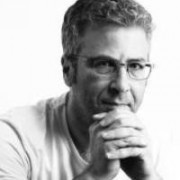 Born in Tel Aviv and educated at UCLA and Columbia College in Chicago, Duki Dror is one of the most prolific documentary filmmakers in Israel today. His extensive body of work—his personal films, character driven feature-docs, experimental docs and unique biographies on artists (such as Incessant Visions, about Bauhaus architect Erick Mendelsohn, shown at the Festival in 2012)—has won him international attention and success. In each of his films, Dror examines and re-examines the definition of identity as it plays in the life of his protagonists. With his acute sensitivity and engaging storytelling, he creates parables that convey human dilemmas and challenge the viewer’s conventions. Duki Dror’s films are distributed worldwide.