Dramedy. 102 min.
In Arabic and Hebrew with English subtitles.
Synopsis:
Arab Israeli women live in a country that considers them not quite Israeli enough, and are part of a culture that views them as not quite Palestinian enough. Layered onto their citizenship conundrum are the inevitable tensions between tradition and modernity. Director Maysaloun Hamoud, who earned a fatwah, or death threat for her debut feature film, tells the story of three such women with ferocity, grace, and inordinate depth of feeling. Lalia, Salma and Nur share an apartment in the vibrant heart of Tel Aviv. Lalia, a criminal lawyer with a wicked wit, loves to burn off her workday stress in the underground club scene. Salma, slightly more subdued, is a lesbian DJ and bartender. Nur is a younger, religious Muslim who moves into the apartment in order to study IT at the university. Nur is both intrigued and intimidated by her two sophisticated and secular roommates; her conservative fiancé is horrified by them. When Nur refuses to leave Tel Aviv with him, his violent rebuttal leaves all of the women shaken. Salma and Lalia also face turmoil: Lalia has found love with a modern Muslim man whose acceptance proves less than unconditional, and Salma discovers that her Christian family in a northern Galilean village is not as liberal as they claim. In Between is a story of a certain kind of female friendship, a fierce bond that comes about because of shared gender, background, and hopes. Produced by Shlomi Elkabetz (Gett).

After watching Maysaloun Hamoud’s sparkling, taboo-breaking first feature In Between (Bar Bahar), audiences will have to seriously update their ideas about the lifestyle of Palestinian women in Israel. 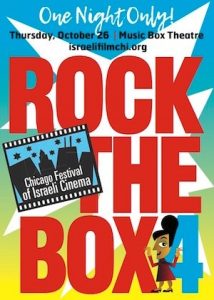