Delight in the magnificent performances throughout this black comedy, as an 80-year old man posing as a Holocaust survivor to con survivor widows has the tables turned on him, and the son of a survivor, a police detective, must solve the mystery. The star-studded cast includes the queen of Israeli cinema and theatre, Gila Almagor. 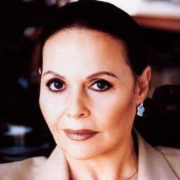 Actress, author and humanitarian Gila Almagor has starred in dozens of plays and over 40 of Israel’s most memorable films—The House on Chelouche Street (1973), Summer of Aviya (1988), Life According to Agfa (1992) and Passover Fever (1995) among them. A recipient of Life Achievement Awards from the Jerusalem Film Festival and the Israeli Academy of Cinema, Ms. Almagor has also served on the city council of Tel Aviv-Yafo and established a foundation to help kids with terminal diseases. She was awarded the prestigious Israel Prize in 2004.