2015. Director: Assaf Bernstein. With Lior Raz (The World is Funny), Hisham Suliman (Munich), Shadi Mar’i (Bethlehem), Tsahi Halevi (Bethlehem), Itsik Cohen (A Matter of Size) and Neta Garty (Turn Left at the End of the World). In Arabic and Hebrew with English subtitles.

Fauda follows an elite undercover Israeli army unit operating in Palestinian society to catch one key militant member of Hamas. The show is ground-breaking: it’s mostly in Arabic, and it shows the Israeli-Palestinian conflict in a way that makes people from all sides want to keep watching. The show has received critical acclaim like none other: it is one of Israel’s highest rated TV shows ever. Says Issacharoff, “At the very least, Israelis and Palestinians might realize that the people they’ve labeled the enemy for so long aren’t so different, after all.” 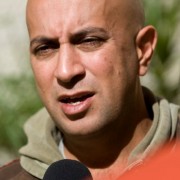 Considered one of Israeli’s foremost authorities on The Conflict, Israeli author, journalist, lecturer and now TV series co-creator Avi Issacharoff is Middle East analyst for The Times of Israel and the online portal Walla. From 2005 till 2012 he was the Palestinian and Arab affairs correspondent for Haaretz. A fluent Arabic speaker, he won Israel Radio’s Best Reporter award for his coverage of the Second Intifada. 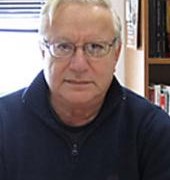 “What if The Wire were set in Ramallah?”

“What looks like the series creators exercising artistic freedom turns out to be deeply rooted in reality.”

The Farewell Party
Scroll to top