Monday | October 30 | 7:00 pm
At Spertus Institute for Learning and Leadership. Hosted by the Consulate General of Israel to the Midwest and Spertus. Followed by a panel discussion with Yael Perlov, Professor Elie Rekhess of the Crown Family Center for Jewish and Israel Studies at Northwestern University and a representative of the Israeli Consulate.

Sunday | November 5 | 3:30 pm
At the ArcLight Cinemas in The Glen, Glenview.
Hosted by the Gendell Family Foundation.

Documentary. 70 min.
In English and Hebrew with English subtitles.
Synopsis:
In the great depths of the Israeli film archive, six hours of interview footage was discovered of one of modern history’s greatest leaders–David Ben-Gurion. Conducted in 1968 when he was 82 years old, it is a candid portrait of the man in his secluded home in the desert, on Kibbutz Sde Boker, removed from all political discourse, which allows him a hindsight perspective on the Zionist enterprise. Edited down to a tight 70 minutes by Yael Perlov, daughter of the original filmmaker, David Perlov, introspective soul searching is the focus of this film. Ben Gurion’s clear voice provides a surprising vision for today’s crucial decisions and the future of Israel.

A wistful ode to a lost generation of leaders who viewed simplicity as a virtue even as they strove for giant goals. 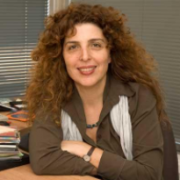 Native Tel Avivian Yael Perlov is a film editor and producer who currently teaches at Tel Aviv University. She is best known for her work on Dover Kosashvili’s classic Late Marriage (2001) and Snails in the Rain (2013), a feature on which she also collaborated with director Yariv Mozer. She has produced, initiated and edited a great number of films, among them a series of 2010-2014 shorts by Israeli and Palestinian student crews titled Coffee, Water and Sport, made in collaboration with the Embassies of the U.S. and France, plus a series about women writers called A Room Of Your Own (2002-2009).